South Africa’s Free State lies in the heart of the country, nestled between the Vaal and Orange Rivers and bordering the mountain kingdom of Lesotho. The Free State is a rural province largely made up of farmland, mountains, goldfields and widely dispersed towns. This tranquil land is famous for its warm South African hospitality and a cultural diversity, which is clearly evident in street names, public buildings, monuments and museums. Some of South Africa’s most valued San rock art is found here in the Free State.

The Central Free State is often referred to as “The Golden Country”. Fields of corn and sunflowers decorate the landscape, and the gold deposits beneath the ground are a source of great wealth. The north of the region is blessed with fertile soil and good rainfall; excellent conditions for growing maize, wheat, sunflowers and cattle and game farming.

The region is also home to some fantastic geological wonders for visitors to explore. In the eastern Free State you will fine the Golden Gate Highlands National Park. This protected area is renowned for its impressive sandstone features, and in the northern region is the Vredefort Dome; the impact site of a major meteorite believed to have struck earth two billion years ago. 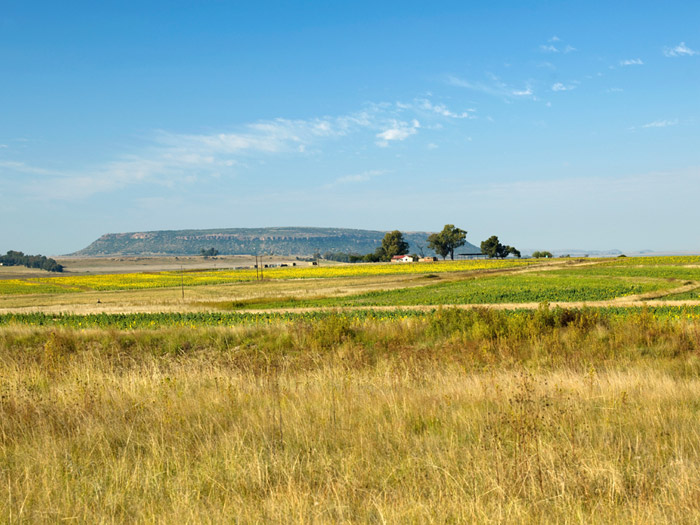