The Gauteng province was created in 1994 when 6 smaller regions came together. It may still be South Africa’s smallest province but its capital, Johannesburg, is the largest city in the country and the youngest major city in the world. Johannesburg and the rest of the region of Gauteng are considered to be the commercial heart of the country. The energy and vibrancy of the region came with the mass exodus of people after the discovery of gold and the area now has a diverse population of over 10 million.

The city of Pretoria offers a more laid-back alternative to the hustling city of Johannesburg, and is known as the Jacaranda City for all the purple blossom trees that adorn its streets. Pretoria lies in a valley surrounded by the Magaliesberg mountain range that ensures that temperatures here remain a few degrees warmer than Johannesburg. With its crystal clear streams, waterfalls and sheer cliffs, hikers, rock climbers and abseilers all revel in the natural environment that remains largely unspoilt on the mountains themselves. 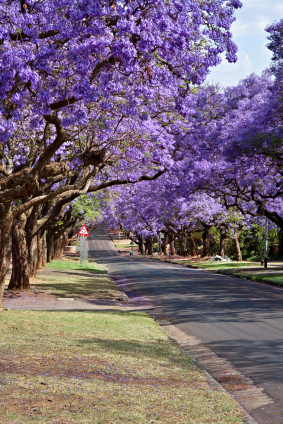