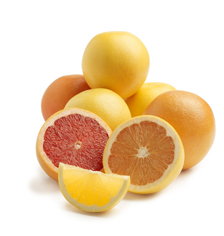 The South African Citrus Growers Association (CGA) has announced that it will join the Beautiful Country, Beautiful Fruit campaign in 2010.

The organisation will promote South African grapefruit in the UK market during May, June and July, with specific activity to promote the fruit planned in stores and in the media.

The trade body is the third from South Africa’s fresh produce industry to sign up to the initiative, in which specific South African fruits will be promoted to British consumers throughout the year. The cross-category venture now involves South African trade bodies representing deciduous fruit, grape and grapefruit, and the South African Government. It aims to build on the success of a pilot campaign to promote South African plums during January to March last year, which saw the fruit become the fastest growing in fresh produce and stone fruit the only category to see value growth.

Justin Chadwick, CEO of the CGA said: “We are very excited to be joining South Africa’s largest promotional campaign since deregulation, supporting South African grapefruit at the time of peak availability from the country. We are looking forward to building on the momentum of last year’s campaign on South African plums, and taking advantage of the additional focus on South Africa during the 2010 World Cup and the other fruits promoting as part of this same initiative.

“During the last two decades, the UK grapefruit category has declined in volume and value. However, many shoppers still consider grapefruit to be sharp tasting and inconvenient; if we can change this outdated perception of the fruit through effective and targeted promotions, we believe we can return this category to growth.”

The grapefruit campaign will feature a combination of activities designed to educate shoppers about the sweet taste of South African grapefruit, particularly red varieties such as Star Ruby. In supermarkets, tasting events are being organised and information and recipe leaflets, with a competition to win a holiday to South Africa, distributed to customers. Point of sale advertising will also be take place in stores.

In the media, advertising will take place on retailer and consumer websites and online and press editorial articles will appear during the season. The public relations drive will also feature a nationwide survey of British breakfasting habits presented on radio by television chef Sophie Michell, with tips on how to eat healthily first thing in the morning.

A new website supporting the campaign www.beautifulcountrybeautifulfruit.co.uk was launched in November.